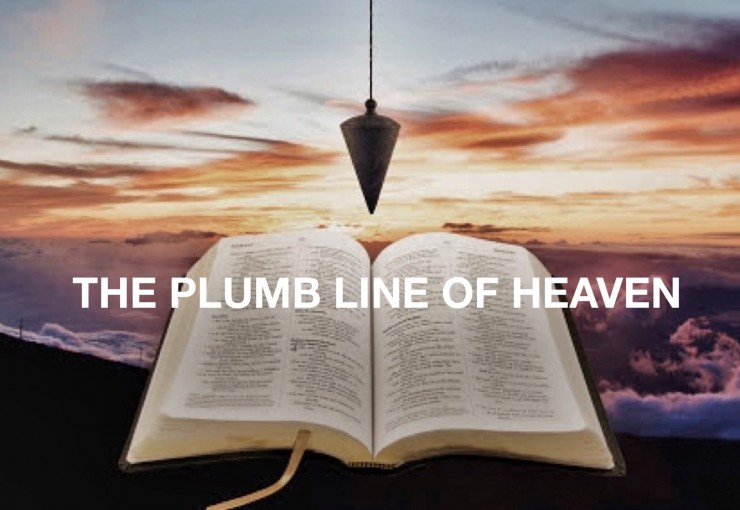 John the crazy man came out of the wild places with fire in his eyes and a brilliance about him that came from the burning passion in his spirit that overflowed until it filled all the atmosphere around him. His wiry, sun darkened body was covered in camel hide and he ate ~ really ~ crunchy locusts and sticky sweet wild honey. His words bore a weight that caused everyone to take note until they could no longer measure themselves by any other standard than the plumb line of God. This required some adjusting, and he offered the solution: “Repent, for the Kingdom of Heaven is here!” He came as a witness that the Light of the World was among us and we needed to prepare ourselves for Him. There was a baptism ~ an immersion ~ into a repentance or turning of the whole direction of our focus toward God that brought a remission or complete removal of our sins, a wonderful cleansing from all the guilt and shame and punishment, and a full restoration into the glorious freedom of the children of God. Wow!

The people went out to him in droves and he put them under the rushing current of the river to come up somehow wonderfully clean and changed; aligned with the plumb line of Heaven. It was the call on his life, his destiny. He was the voice in the wilderness crying out: “Prepare the Way of the Lord; make His paths straight.”

And then HE came like an alien from Heaven, His feet in the dust of the earth but His heart and mind still connected and pulling on the unseen realm. And John saw Him and John recognized Him. The Holy One, the Lamb of God, stepped into the river and John put Him under, but not without protesting, “Who am I, Lord…?”

Immediately as He came up through the surface of the moving water the Heavens were ripped open and The Voice boomed out from an unseen source: “You are My beloved Son; in You I am well pleased.” And the Holy Spirit of God came upon Him in a form all could see: a dove who stayed on this One, the son of man who was being revealed as the Son of God.

And immediately the Spirit drove Him into the wilderness… That word keeps showing up in the Gospel of Mark ~ 12 times in the first chapter alone. Curiously, it’s the same word used for “straight” in John’s charge to the people to make a direct route for the coming of the One. It’s the immediately of God, when we align with Heaven and the favor of God blows open the skies and His Glory fires down on us and seals us as His own, a child of Heaven and Son or Daughter of the Living God.

Immediately in the Greek manuscripts is εὐθέως (eutheōs), which means immediately, directly, straightway, and is used nine times in the first chapter of Mark. Three more times in the same chapter its root word, εὐθύς (euthys) is used to also mean immediately and straightway, but also a straight way, one that is plumb or level, right, and also straight forward, upright, true, sincere.

When we stand under that same Open Heaven as true sons and daughters, in Christ as He is in us, all our sins and failures cleansed by Him, aligned with the Father’s pure purpose, accepted, embraced, affirmed, we find ourselves loved with the same love with which the Father loves Jesus His Son. And then the Holy Spirit, the Spirit of the Living God, the Spirit of Holiness and Power, comes upon us and we are IN the Son and aligned in the plumb line of God; then unlimited LIFE flows from the Father in an Open Heaven to the Son standing on a ready and receptive earth. This is the immediately of God. This is the alignment that brings all the abundance of the Heavenly Kingdom into all the realms of this world. This is what God has accomplished for us.

The people entered into the waters of a baptism of repentance for the remission of sins to get in line with a straight, level, plumb, right and true path for the Way of the Lord to come from Heaven to earth. It was drama, a prophetic act choreographed by John, the last of the Old Covenant prophets. It pointed to our immersion into the death, burial, and resurrection of Jesus Christ, as the Apostle Paul tells us in Romans chapter six. Even in the prophetic act there is power to enter into the immediately of God, that miraculous realm outside of time where the NOW of God brought complete cleansing even before the chronological death and resurrection of Jesus. How do You DO THAT, God?

Jesus walked in the plumb line of God, always attentive to what the Father was saying and doing. He lived in the NOW of God; like a lightning rod He grounded the limitless abundance of Heaven into circumstances and situations, lives and even concepts and thought processes on the earth.  And immediately ~ throughout his Gospel Mark continues to use this word ~ immediately people were healed and their lives transformed. And Jesus extravagantly invites us to enter into it all, one in Him with the Father, welcome to do the works that He does, and even greater works now that He has gone to the Father and they have sent the promised Holy Spirit to be in us. It’s phenomenal, this great honor and privilege! That we can now stand in Him, in the plumb line of Heaven, in the NOW of God that overrides the ravages of time and anyone’s terrible choices and see the immediately of God sweep in like a tidal wave, a cleansing storm, a hurricane, and all that is wiped out are the results of sin and “the handwriting of the ordinances that were against us.” The suddenly of Heaven comes and we see sickness and disease flee along with guilt, shame, hopelessness, fear and depression. With the plumb line of Heaven, with the immediately of God, the Kingdom of Heaven comes NOW and takes ground, impacting lives with love, hope, joy, healing, abundance, as it spreads from person to person, embracing all the realms of this world. This is global takeover at its best… 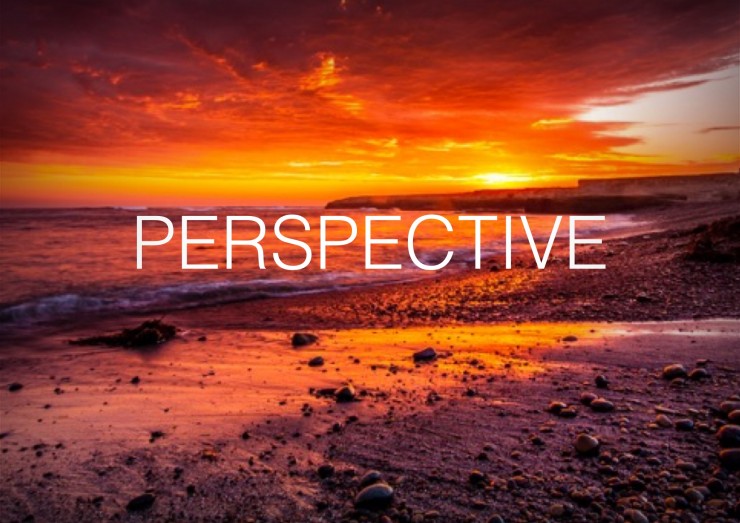 How do You do it?
The way You keep pulling me into the NOW
with these amazing moments that take my breath away.
A sunset…
While the world is pressing and compressing me,
narrowing my options,
just then I step outside
and there it is…
But You’d been spinning it for awhile
while I didn’t notice, lost in thoughts; thinking myself asunder.
Suddenly comes crashing in and stops me
with perfect peace…
And wild pinks and purples, gold and orange
explode across the sky…
silently
as sun kisses earth goodnight and sinks
leaving an all-embracing stillness that redefines my heart.
How did You do that?
That subtle way Your love and beauty and extravagance
redirect me.
You are making me resolve to always live in NOW,
that eternal resting place
where war and adventure and striving and compassion
all find their end in You,
and all the yearnings of my heart are stilled and come to rest
as they see fulfillment in the Secret Place
before ever I walk them out in time.
Thank You for making a place for me
in You
so that where You are I may be also. 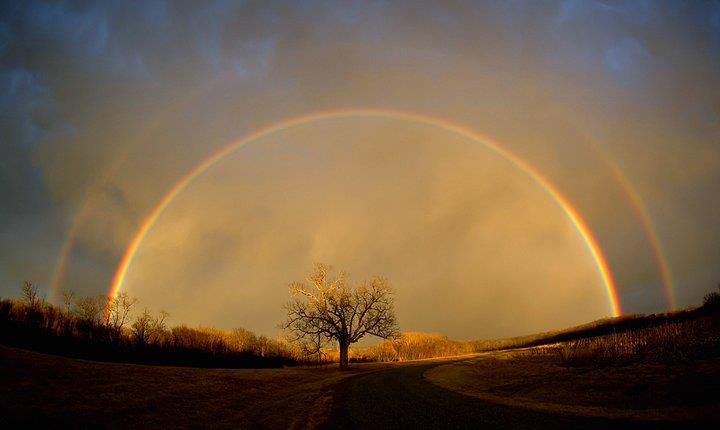 “Rejoice in the Lord always…” (Philippians 4:4)

There are times when joy defines us, when we take it as a military stance against the ravages of circumstance and fear. And there are times we watch our soul’s grip let go of it in the onslaught of powerlessness ~ too much unknown, too much gone awry.

We drove through heavy downpour over the muddy roads of post-war Rwanda, peering through rain-soaked windows into the darkness. Our headlights caught flashes of roving gangs, some gathered around fires burning by the roadside. Occasional teenagers in army cammo with auto-matic weapons reminded us of military checkpoints throughout the trip across the border. The night was thick with tension.

Azi drove while Mary navigated, stress between them rising, the sharpness in their voices escalating, Mary unable to find the house. They were on errand, under pressure of family and tribal protocol, but darkness, heavy rain, rampant danger, and poor directions presented insurmountable obstacles.

I sat awkwardly in back, watching one of the most loving couples I know in heated argument. The air inside the van was heavy and tense and uncomfortable. Then silence.

Suddenly Azi broke it with a shout: “NO! I will not give up my joy!” Then gently in his rich African cadence: “Jesus gave it to me a very long time ago and I will not give it away.” Suddenly Peace filled the air, and deep, pervasive Joy. The spell was broken. The circumstances didn’t change, but Heaven filled the van. With that simple choice, Joy overcame.

My first month in Africa is still a kaleidoscope of images: war was just over but near enough to touch in Rwanda; we could hear the thunder of bombs as we waited with two of our children at the airport in Bujumbura, Burundi; and the roads in Uganda had craters, while stuccoed walls were sprayed with bullet  scars. Yet for all the devastation the land itself was paradise. Banana trees showed off their huge blossoms even as they hung heavy with the ripening clusters of their 28 varieties. Bougainvillea was a blaze of color everywhere, coffee trees in full bloom perfumed the night air, and the jungle was an outrage of tropical fruit of every kind.

In each country the predominant and impacting sight was the women in extravagantly-patterned, boldly-colored fabric, bearing 20 liter jugs on their heads, filling the roads as they walked up to four kilometers to get water for their families, sometimes twice a day. When I walked with them I discovered the water often had no resemblance to clean and pure. The sight marked me, and Linda and I came home with the desire to bring clean water into villages. It took fourteen years before I could see that dream come to pass.

I returned in the spring of 2007 to explore the possibility of drilling wells in five villages in Kenya and Uganda. We raised finances in the States and were able to bring clean water to one region that had an orphanage, a school, and several villages. That in itself was extremely rewarding, but I learned something else.

I learned that there are underground aquifers beneath every nation on the globe. Where the land may be dying, if you drill deep enough you can find rivers flowing even under the desert. These rivers are invisible to man, and the earth suffers without their gift. “The River of God is full of water,” declares David of Judah, the prophet-king. This River of Heaven with all its abundance is also invisible to us, as we struggle in a world of lack and limitation. How do we access it? How do we partake of it and possess it? And how do we share it, releasing it for the benefit of others? That’s what my life is about. 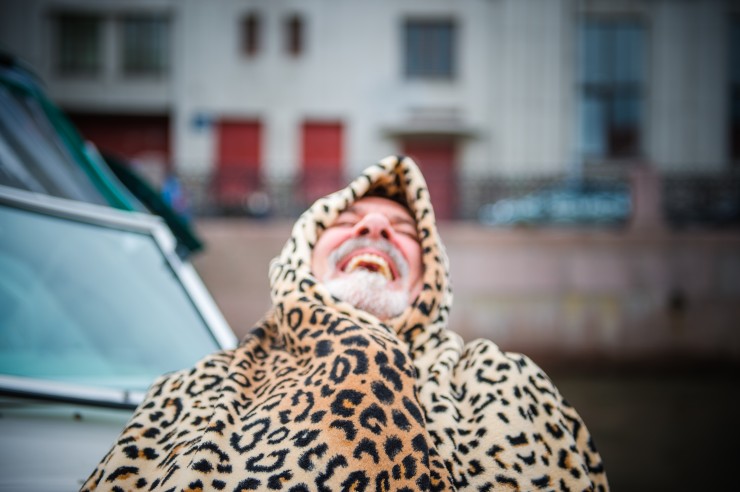 Two things I love are building relationships and telling stories. So I’m going to write a blog post every few weeks with stories of wild adventures in the Holy Spirit and joy-filled revelations of the beauty and majesty of God to share with friends old and new from all over the world. I’d appreciate your reflections and comments, and your support and encouragement to keep after it as I discipline myself in this creative experiment.

Thanks for checking out my website, and I look forward to sharing my journey with you. Blessings.